Historically speaking, new currents in architecture were almost always a response and even a protest against the school of architectural thinking which preceded them. It is therefore important to ask what did a certain architectural era find as lacking, superfluous and/or wrong in the previous architectural style.

The golden age of architectural rendering, started at the end of the 18th century and lasted until the eve. of the 2nd world war – that is, until the Bauhaus movement practically “outlawed” all architectural delineation.

According to the Bauhaus’s proponents, 3D architectural drawings didn’t go along with the clarity – not to say austerity – of the architectural spirit of the Bauhaus. After all, “Ornament is a crime” said the Czech architect Adolf Loose. But in the early 60’s Bauhaus was history and Post-Modernism emerged as the next big thing.

At the end of the 70’s / early 80’s I was living in the U.S. getting my degree in architecture. Post-Modernism was still around and as far as I was concerned it meant mainly one thing: The paint brushes, pastels, charcoals, colored pencils, and the air-brush made it so much more wonderful for me to say what I wanted to say in architecture.

After graduating with a bachelor degree in architecture I joined an architectural firm in Washington D.C. where I worked for 4 years as an architectural illustrator. That was in 1983. I never stopped drawing buildings, practically every day, ever since. 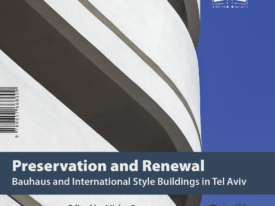