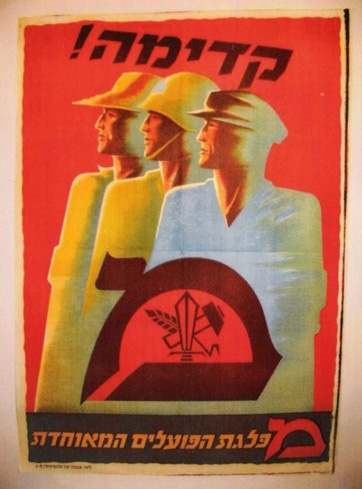 The exhibition displays political posters from the 1950’s. During this time, there was no television in Israel and politicians advertised and campaigned themselves through the simple posters. There were many new immigrants and a huge percent of the population did not speak Hebrew. Because of this, the messages on the posters were often shown through cartoon images. 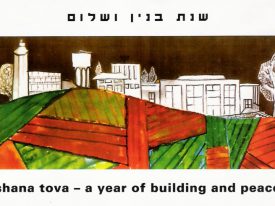 Shana Tova, A Year Of Building And Peace