Our center specializes in walking tours of Tel-Aviv’s White City Bauhaus Architecture. Our White City Tour is a true classic and a must for every visitor.

In the past 20 years ten-thousands of people have enjoyed our tours. Licensed guides and experts will lead you to explore the city’s most worthy gems. The White City Tour is offered in a variety of languages (see below).

Our classic Bauhaus Tour will take you to the White City’s most prominent Bauhaus (International Style) buildings, built during the 1930’s and the 1940’s. We shall argue that the functional Bauhaus architecture not only created well-designed objects, but also a cohesive urban landscape unparalleled in the world.

We are the only Authorized Bauhaus Architecture Tour Operator

Our classic Bauhaus Tour in English starts every Friday and Sunday at 10:00 am at the Bauhaus Center at Dizengoff Street 77. Participants are requested to arrive at 9:45 to purchase tickets. The tour includes an introductory movie. We provide stereo headsets connected to your guide’s microphone. The tour lasts approximately 2 hours and it is held in English. Registration is needed, scroll down for more information. 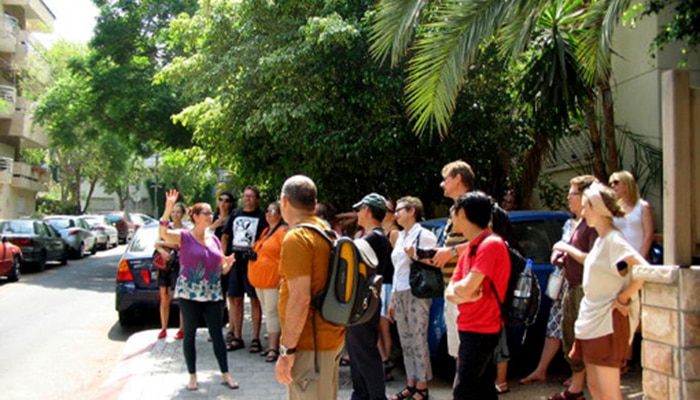 Our popular audio guide is available in 7 languages and can be picked up at the center during opening hours. The tour will start with the introductory movie every 30 minutes from 10AM on. It is available also in an extended version suitable for professionals (i.e. Architects) and anyone with a high interest in Bauhaus architecture. This extended version contains the same stops as the regular tour, offering extended and more in-depth explanations. Visit us at the Bauhaus Center next to the iconic Dizengoff Square and we will be happy to assist you. We recommend to register also for the self-guided tour indicating day and time you would like to tour. 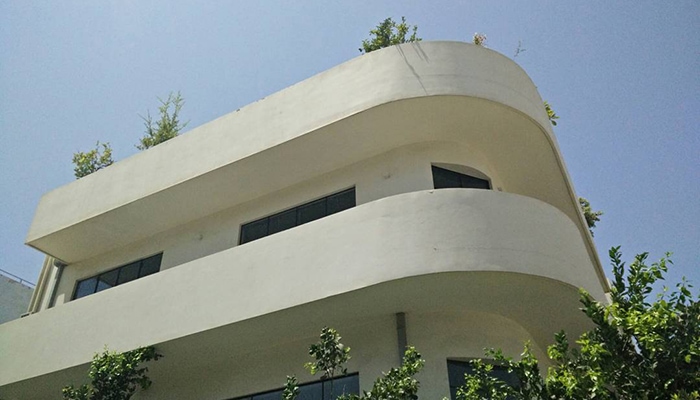 Private tours and tours for groups can be arranged upon request. Please contact us to arrange all details. 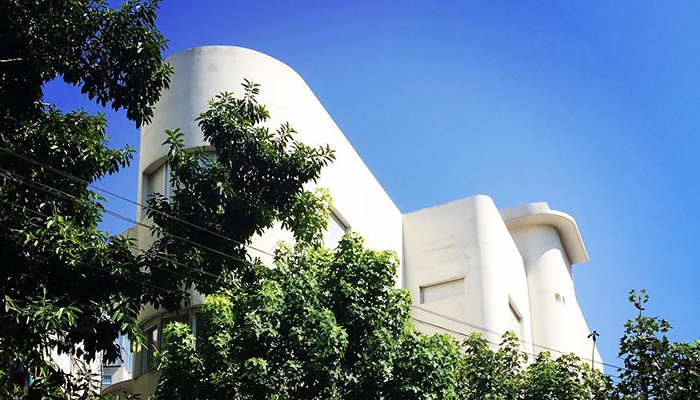 The perfect gift for the whole family.
Please contact us!

“In the name of the company’s board, I would like to thank you for the insightful tour of Tel Aviv’s urban landscape. You helped us in making the president of Lufthansa’s visit to Israel an exciting event, highly memorable…” — Ofer Kisch, General Director, Lufthansa Israel

“Congratulations to your new location! You are the ideal citizens: working in favor of the municipality and not asking for any salary. I will guarantee for further cooperation between us.” — Ron Huldai, Mayor of Tel Aviv (since 1998)

“Thank you for the time, the personal treatment and the professional knowledge you shared with us. I’m sure the insights and the experience the students gained will have contribute to them greatly…” — Mali Alon, Head of Graphic Design studies, Tiltan Academy for Design

“I would like to express my deepest gratitude and appreciation for the Tel Aviv White City guided tour provided to Deputy Director-General of UNESCO, Mr. Engida, on 5 March, 2014. The area we toured is part of a UNESCO world heritage site (declared 2003) and it was important that Mr. Engida experienced a site that is a vibrant and lively city center as well as a World Heritage Site. You’ve given a wonderful tour which left a lasting impression on Mr. Engida and his wife, and for that I remain heartly thankful.” — Dr. Dalit Atrakchi, Secretary-General, Israel National Commission for UNESCO

The center also conducts private tours to other neighborhoods in Tel Aviv and to other World Heritage Sites in the country: Jerusalem, Acre and Massada. Are you interested in our other tours too? Please take a look at the short descriptions and contact us for more info!