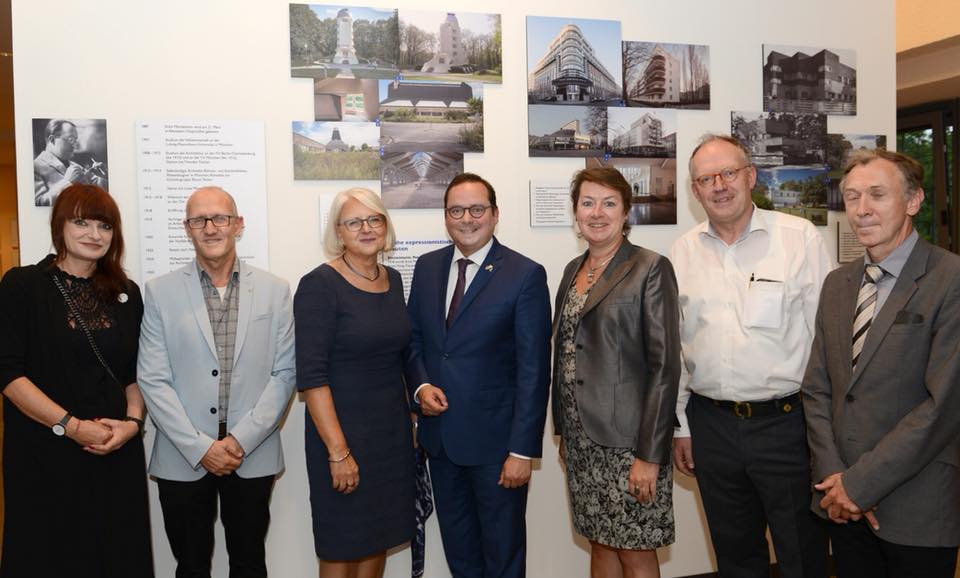 The Tel Aviv Bauhaus Center participates in the 100 Year Bauhaus festivities in Germany with a special exhibition accompanied by a catalogue we edit and publish. The new show was presented for the first time to the German public in September 2018 in the “Alte Synagoge” Essen. The exhibition is  presented in several additional venues in NRW in Germany (details on www.bauhaus100-im-westen.de). All exhibitions and festivities of the Bauhaus in Germany are listed on www.bauhaus100.de.

During the year of the Bauhaus Centers’ anniversary a “retrospective” art show is planned, with of many of the artists collaborating with the Center during the last two decades. The exhibition about the revival of the Dizengoff Circle, or Dizengoff Square, is also a part of the Bauhaus Centers’ festivities, as our Center held a show 8 years ago presenting renovation ideas for the iconic square, the “heart” of the White City of Tel Aviv.