Prague has been a major European metropolis since the late 19th century. After Czechoslovakia was established as an independent state in 1918 modern architecture began to pass throughout the city: Art Deco, Expressionism, Modern Classicism and Constructivism as well as Functionalism.

Information on work inside and outside Prague by Jewish architects, of whom there were dozens in the city, was entirely lost during Naziism and Communism. Yet, they were the creators of dozens of outstanding structures in Prague of modernistic architecture. The Fragner Gallery exhibition remembers at least some of their names and works in an impressive show with photographies and biographies. 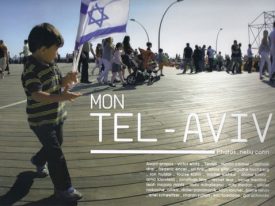