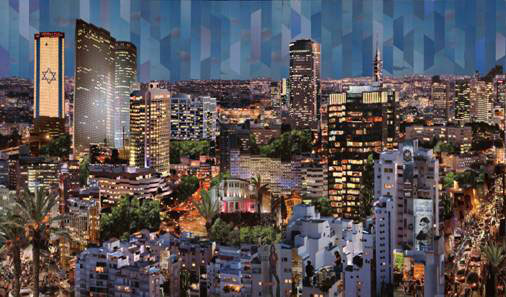 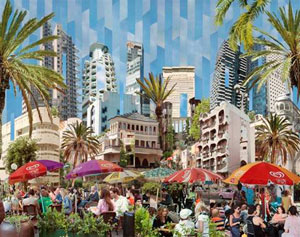 Serge Mendjisky is an international artist with representations in more than 25 museums and collections worldwide (Aga Khan, N. Rockefeller, E. de Rothschild and more). Mendjisky studied at the studios of Picasso, Soutine, Braque and Leger—each of them influenced his work in a different way. In the last decade he cuts apart and recollects photos. This technology is like a fulfillment of Picasso’s prophetic saying, that “Mendjisky will reinvent cubism in photography”.

This is his first exhibition in Israel since 1968, when he exhibited in the well known Katz Gallery, which was located in the very same building, as the Bauhaus Center Tel-Aviv today! The current exhibition shows Tel Aviv and other parts of Israel in the mentioned revolutionary technique: the artist cuts and composes changes and reinvents known places recreating them in a new, astonishing, fascinating and wondering way.

The exhibition will be shown until end of August 2012 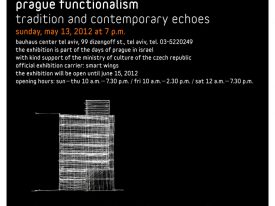 Category : 2012
Purism, Constructivism, Rationalism, or Functionalism—these are terms seeking to give a name to various aspects of the notable phenomenon that...
Cart 0
0
@
Accessibility
cancel accessibility
Provided by: