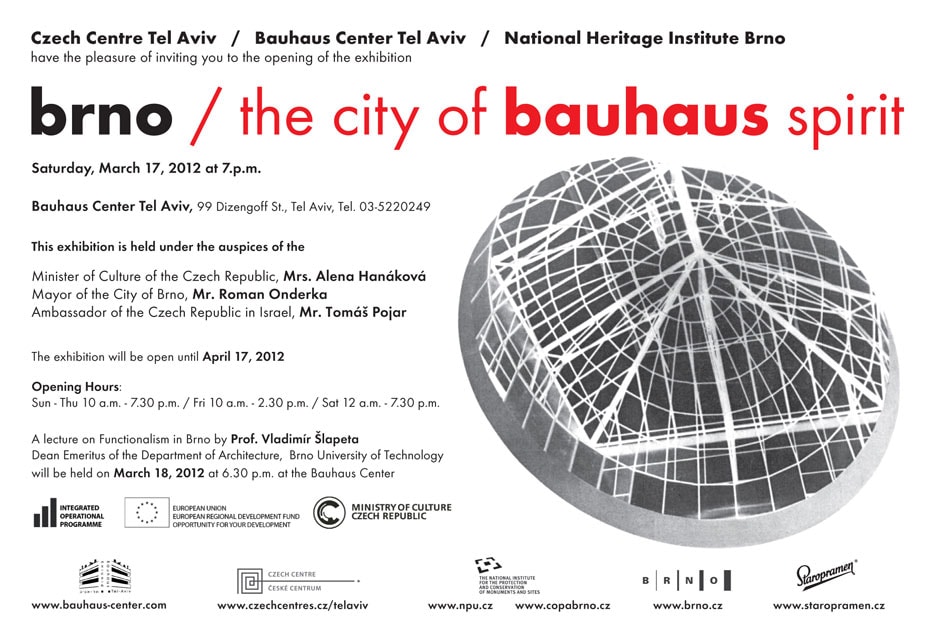 Exhibition presenting the most important sites of the functionalist architecture of the City of Brno — villa Tugendhat and villa Stiassni.

The exhibition is held under the auspices of:

Czech Centre Tel Aviv in cooperation with the National Heritage Institute presents an exhibition of architectonic heritage of the 20th century in the City of Brno.

The exhibition presents activities funded by the European Union and the Ministry of Culture of the Czech Republic—preservation and reconstruction of 2 major functionalist sites in the City of Brno—villa Tugendhat and villa Stiassni as well as projects of heritage of the functionalist and Jewish architecture of the region.

Category : 2011, Architecture, Photography
This exhibition shows modern architecture from the 2000s in Tel-Aviv and surroundings. The 11 examples represent public buildings with an...
Cart 0
0
@
Accessibility
cancel accessibility
Provided by: