In 2019 Bauhaus celebrated its 100th anniversary and experienced an enormous boost of interest and attention all around the globe – and with it, the White City of Tel Aviv as the “world capital of Bauhaus buildings”. The Bauhaus Center is proud to have formed an integral part of many festivities and events  around the globe.

Just in time for the centenary of Bauhaus, the city of Tel Aviv completed the restoration of the world’s only “Bauhaus Piazza”, the Dizengoff Circle. We reviewed the history of this famous public square and centerpiece of the White City, and celebrated its successful renewal with our Dizengoff Circle exhibition from June 2019.

In context of the Bauhaus100 festivities, we were also invited to show our exhibitions and to speak at conferences and public events all around the globe, telling the story of Tel Avivs experience with Bauhaus and in particular the work of the Bauhaus Center.

During the whole year, our “Preservation and Renewal” exhibition visited many places around the globe: Italy, Ulm, Miami, to mention a few; and Novi Sad, the European Capital of Culture 2021, where Dr. Micha Gross presented the Bauhaus Center’s work and research in a workshop and a public lecture at the local university. 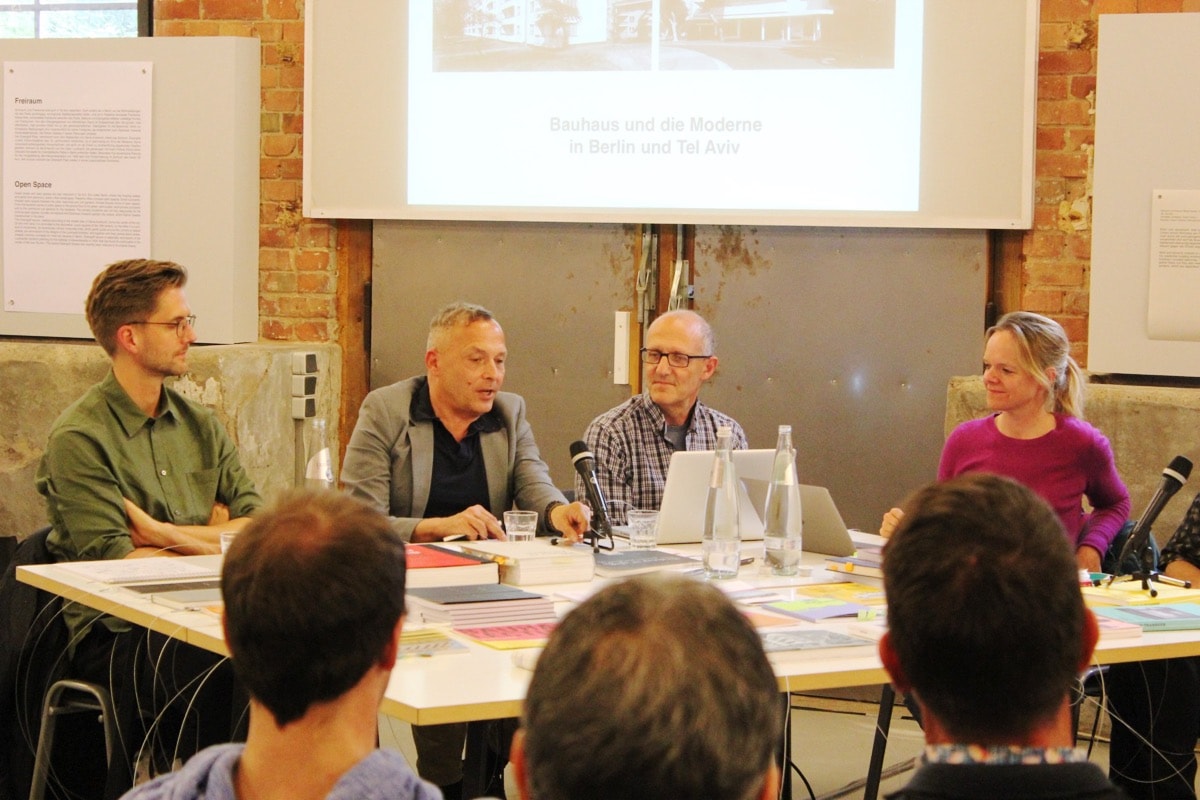 Moscow celebrated the anniversary of the Bauhaus movement with the exhibition “Bauhaus. The White City of Tel Aviv”, in which the Bauhaus Center and Dr. Micha Gross participated. Many other events and exhibitions – from the US and Europe all the way to Hong Kong – were able to awaken the interest of a wide audience for the fascinating character and history of the Bauhaus school.

Media Featuring Bauhaus Around The World

In between exhibitions and lectures our center received numerous requests from media-outlets from around the world. The Bauhaus Center was featured in leading journals and newspapers all around the world. The New York Times informed about the White City in Tel Aviv and did not forget to mention the Bauhaus Center; a feature in the prestigious Architectural Digest AD took the Bauhaus Center to the pinnacle of architectural journalism; and the National Geographic recommended visiting Tel Aviv and recommended the White City Bauhaus Tour as the best way to experience Bauhaus. 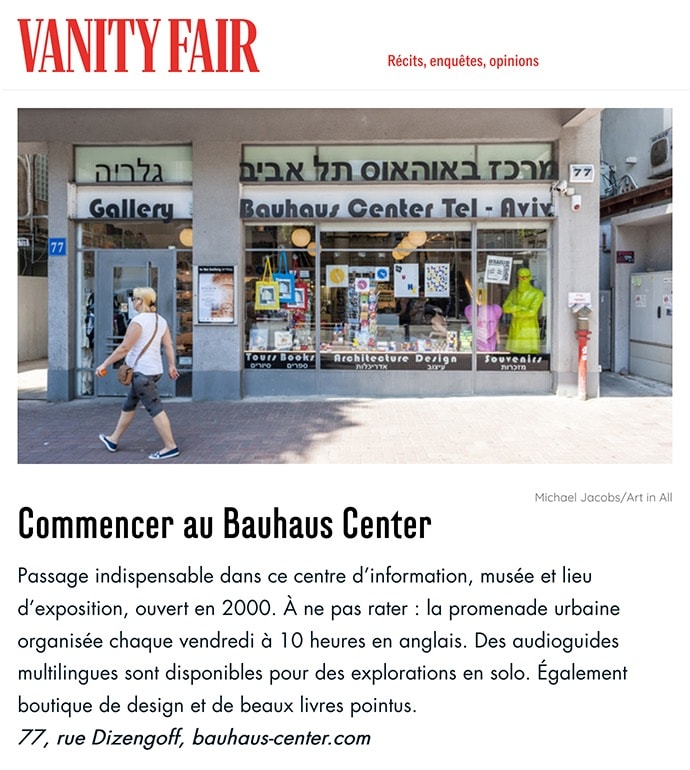 From Germany to Indonesia and from China to the US – newspapers, magazines and TV stations took interest in Bauhaus. And the Bauhaus Center as a center of knowledge and proficiency was happy to inform and to help spread the word about this fascinating movement that started a hundred years ago.

We are confident that the timeless Bauhaus design and architecture will continue to inspire people around the world, and we will keep up our work in documenting and representing the Tel Aviv White City through our Bauhaus Tours and gallery in the Center in Tel Aviv, and with our traveling Bauhaus Exhibitions and participation in conferences around the world. On to the next 100 years!